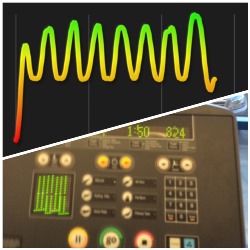 Over two years after the amending directive came into force the European Commission eventually published MEDDEV 2.1/6 as guidance on the regulation of software which includes a decision process both for assessing whether softwear is a medical device and if so what classification it should be. This was the start of the lamentable anti-democratic trait of the Commission to avoid scrutiny of detailed legislation by European Parliament through dressing it up as guidance or opinion. Regretably the present proposals for a Medical Device Regulation remain hardware-centric thus saving the Commission from the embarassment of having woeful record on regulation of medical device software exposed to parliamentary scrutiny. Software thus remains a contentious issue and we urge anyone to seek the latest advice from MeddiQuest or another reputable consultant.

In the United States, FDA has been very much more on the ball in keeping up with development of software, and the disruptive technologies surrounding it, that have had such a marked effect on all our lives over the last few years. In 2014 they published Final Guidance on Mobile Medical Applications which gives numerous examples and a sound basis for regulation, however again we recommend you consult MeddiQuest or another reputable consultant.

MeddiQuest specialises in helping companies operating in this arena understanding the applicable regulations by:

Here we are really talking about those substances that are taken into the body yet achieve their medical pupose by physical means rather than pharmacological or metabolic and are not foods or food supplements. These products include binding, lubricating and barrier materials that can significantly improve health and wellbeing. The exact classification and regulation of these substances, particularly when their exact mechanism of action is uncertain or some part of them may be absorbed into the body can be very problematic in both the EU and US systems.

The current proposal for a Medical Device Regulation will reclassify many of these products en masse into the highest risk classification, class III, and exclude others from being considered as medical devices. This seems to be more for polital purposes than based on any reassessment of risk associated with these products, many of which have been used for centuries. Now is the time lobby your MEP or national trade agency and start building a strategy to manage the transition if common sense change the Eurocrat's minds.